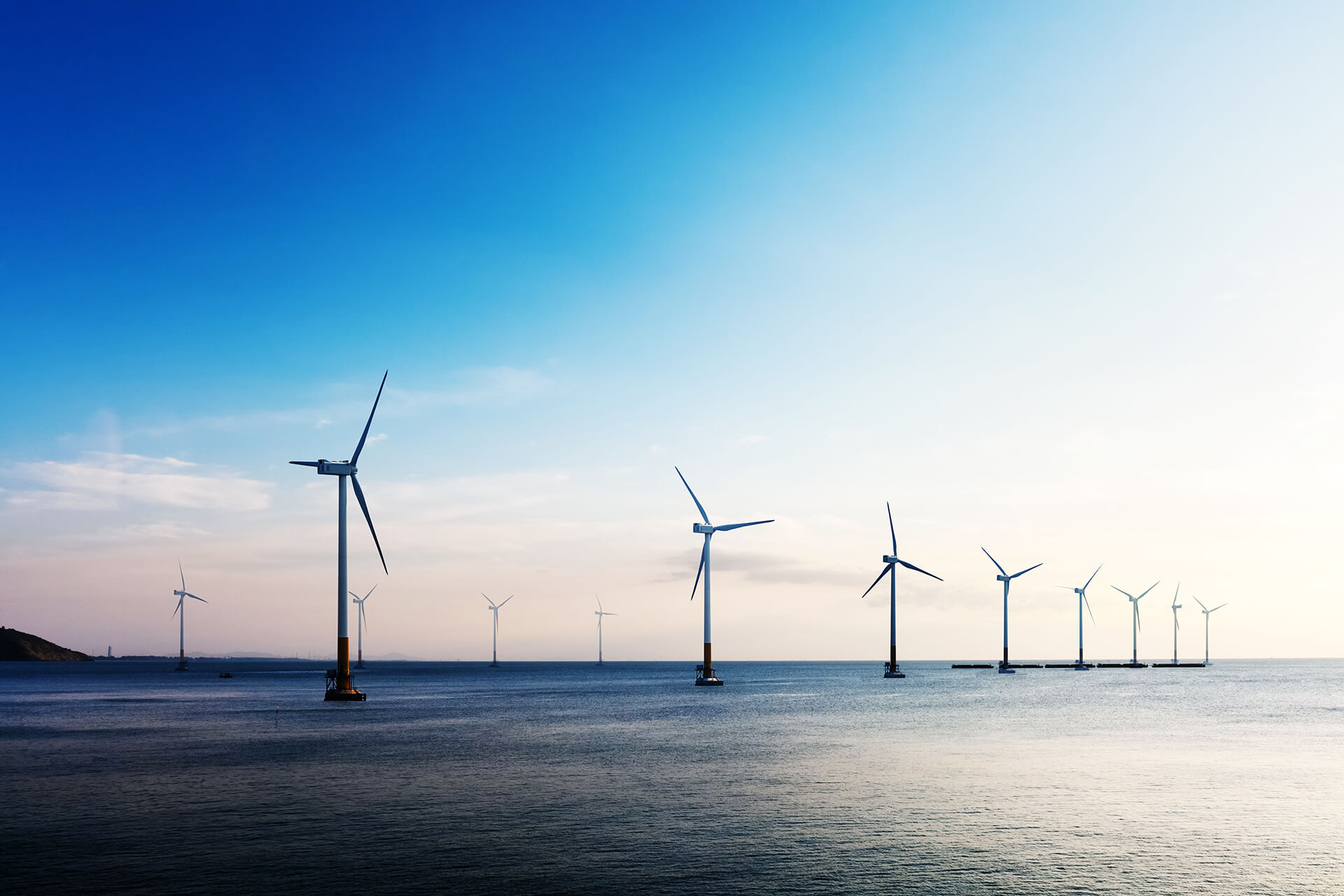 Renewable energy is at the forefront of generating power in the modern age but if offshore wind farming isn’t sustainable, do they have a future? There has been a noticeable global shift towards energy solutions that aren’t reliant on carbon emissions and wind turbines have been at the apex of this movement.

Offshore wind turbines are proven to be the most efficient at generating power due to the predictability of wind speed and movement, resulting in more power gained from less installations. Offshore energy has built up momentum at a slower rate than their onshore counterparts, but in recent years there has been a global push in their establishment now that the technology is in place to make them a viable option.

In 2018, Europe installed 2.6GW of new offshore wind energy capacity, growing its total capacity by 18% to 18.5 GW. In spite of these advancements to the growth of offshore wind farming, there are still factors which can make them mechanically and financially inefficient- the majority of these factors are exacerbated by one thing- moisture in the air.

The perfect/ideal gas law dictates that there is a certain number of atoms in a cubic metre of air, with each of those particles having a specific weight. H20 vapour atoms can become mixed with the air, dislodging the atoms around it- with water molecules being lighter in weight than nitrogen or oxygen, it means that a volume of air will weigh less when moisture is carried.

An increase in the amount of moisture in the air is a contributing factor to its loss of density. The repercussions of this in relation to turbines are twofold, while the lighter density of the air will only have an incremental effect on the rate of generating power from the turbine itself, but the effects of the moisture-laden atmosphere on the materials themselves can have drastic repercussions.

Equipment is clearly the primary concern in locations where there is a plentiful water supply. With offshore wind farming that supply is clearly readily and freely available. The temperature fluctuations between day and night serve to cause further condensation.

As surfaces collect this moisture, they begin to cool the air surrounding them and thus decreasing that airs ability to hold moisture. This results in further depositing of moisture on a surface that is already feeling the effects of its environment.

With offshore turbines by their very nature being located in remote locations, it can take some time to transport and store all of the various parts before they are ready to be assembled. These specific components will be transported by rail, ship and road before reaching their final spot and will be exposed to ambient conditions along the way.

Ambient conditions will naturally fluctuate and are difficult to accurately predict. Transporting parts without considering the ambient conditions can increase the chances of them becoming either unusable before they have a chance to be assembled or unreliable once they have been put together.

Materials are constantly trying to reach an equilibrium with their surrounding environments, meaning that most/all materials within the wind turbine will be at odds with the ambient conditions they are situated in.

With the nacelle’s turbines having openings or vents around them, there is an easy opportunity for the exterior conditions to make their way inside and begin having an effect on the interior components.

The vents on the nacelle are roughly 1cm2- at a wind speed of 12m/s, approximately 6 cubic metres of air can enter the nacelle. With there being up to 50 of these cracks along the nacelle, it then becomes a case of handling around 300 cubic metres of moisture laden air per hour. With this air being situated on the ocean, this also means that the humid air will also be carrying particles of salts along with it, acting as a catalyst for further corrosion.

This atmosphere can cause corrosion all throughout the turbine, specifically in the nacelle. It can cause mould, corrosion, condensation and electric glitches, a situation that it made worse when this humid air condenses inside the facility and begins pooling water filled with these salts.

Allowing ambient conditions into any facet of offshore wind farming invites unpredictability, corrosion and high maintenance costs into what has become an unsafe working environment. Each issue that can arise from this unstable environment has a knock-on effect: the original damage of structures and equipment can lead to glitches and breakdowns.

This results in service interruptions and a reduced availability of the turbines usage which will ultimately give the installation a reduced service life with high maintenance costs required to keep it in action. Maintenance will have to be ongoing in an unsafe environment for the engineer, meaning the risks that go alongside humidity issues is high. This all culminates in the bottom line of not being able to predict revenue forecasts, ROI or the output of energy from the turbine.

Heating will increase the air’s ability to hold moisture by effectively reducing its relative humidity, therefore requiring a colder surface to reduce its temperature to saturation point.

The downside is that you don’t reduce the dewpoint of the air, so in cold conditions, condensation will still occur around areas where the air encounters a cold surface. It is also expensive to run a heater for prolonged periods of time.

Cooling reduces the temperature of the air to saturation, causing the air inside the nacelle to deposit water in a controlled manner before the air is heated again to ensure a low humidity. However, high capital costs and constant maintenance requirements, as well as poor performance in low temperatures, ensures that this is not a viable option.

Desiccant dehumidification passes air with a high moisture content through a rotor composed of silica which removes the moisture. This moisture is then removed from the rotor by a second airflow called the regeneration air. The regeneration air is heated in order to increase its potential to hold moisture. This makes it easier for the water held by the rotor to be released into the air stream.

This wet air is then exhausted to atmosphere. This process leaves the internal environment warm and dry with the advantage being that no matter what temperature the turbine structure, the air that encounters it will never reach dewpoint. As a result, there will never be a condensation issue.

This method is not temperature sensitive and as such can be deployed in conditions ranging from -30°C to +50°C. The system also runs dry, so unlike refrigeration coils, require far less maintenance. Typically, the heater on the regeneration circuit is electric but there are also options for steam and gas-powered variants.