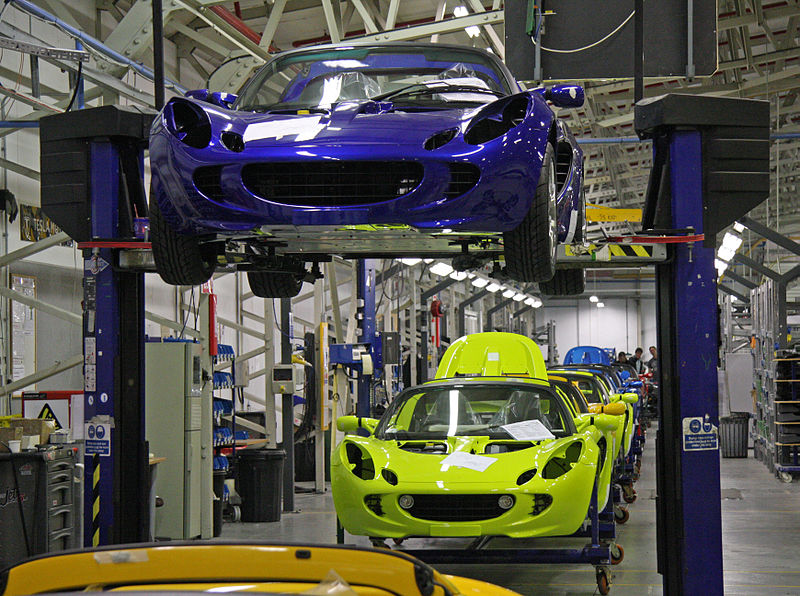 If you were to go by the news alone, you might think that the economy of the UK is one built entirely on the service sector. Whilst it’s true that services have grown to become a significant part of the UK’s economic output, it’d be incorrect to suggest that we’re merely a one trick pony. Why? Because manufacturing remains a cornerstone of our economic output.

A large part of that is the automotive industry, which boasts an annual turnover of £77.5 billion in the UK, spread over nine major premium and sports car manufacturers, alongside six mainstream car manufacturers. Many of those brands are supported by our automotive humidity control solutions, a fact which we remain exceptionally proud of.

But what’s the latest news from across the sector? Let’s take a look.

Executives from Fait Chrysler Automobiles have confirmed that the Fiat brand across Europe will be reduced to a few models based around an electrified Fiat 500 line-up and the Panda range, whilst adding that an expanded Fiat 500 Giardiniera ‘wagon’ would hit the market soon. Fiat also confirmed that the 124 Spider, based on the Mazda MX-5, will continue, largely because they “have a commitment with Mazda to buy it”.

“The space for Fiat in Europe is going to be redefined in a more exclusive area, given the EU (future emissions) regulations, it is very difficult for mass-market carmakers to be very profitable,” said FCA CEO Sergio Marchionne during the unveiling of the new business plan.

Zeroing in on the 500 range is a smart move from Fiat, which dominates the supermini segment in Europe with the charming car, with 190,389 units sold in 2017, compared to the Volkswagen Up, which moved 98,929 units.

Number of New Cars Built in UK Rises in April

Automotive industry trade body SMNT has announced that the number of cars built in the UK rose 5.2% in April, compared to the same month last year.

In total, some 127,950 cars rolled off UK production lines, driven by strong investment in new models. However, Mike Hawes of SMNT says that the rise was not a surprise, despite the threat posed by Brexit on the industry in the UK.

Overall output across the year is down 3.9% and domestic demand is fallen 10.3%, compared to a decline of only 2.2% for vehicles destined for export.

The BrandZ Top 100 Most Valuable Global Brands 2018 study has been published, revealing the automotive power rankings for this year.

Whilst Toyota have retained their position at the top of the tree, BMW has seen their 2nd place position from 2017 slip as Mercedes-Benz moved up, pushing BMW down into third. Tesla, meanwhile, has seen their value climb 60% to get within touching distance of Audi – some feat for a young, largely unproven automotive brand.

Toyota’s brand value increased 5% to nearly $30bn on the back of strong demand for its SUVs in Europe and in the US. However, it’s their consistency which has led to them being crowned most valuable automotive brand for the 11th time in the 13 years of the rankings.